On August 24, 1956, the University of California Board of Regents approved a Berkeley Long Range Development Plan which provided that the University buy land in the South Campus area and erect dormitories. Several sights were chosen, including the area bounded by Haste, Dwight and Bowditch Streets. This area consisted of private residences, many of them converted to apartments or rooming houses. In the early 1960's, most of the Long Range Plan was implemented, as evidenced by the many eight story dormitories today in the South Campus area.

On June 6, 1967, the U.C. Regents approved the allocation of $1,300,000. to purchase the property bounded by Haste, Dwight and Bowditch and "clear the site for athletic fields until a long-range plan for residential student housing can be realized." By July 1968, all the property was acquired and the buildings were demolished and cleared. The area remained clear and vacant for several months.

During this time period, there were frequent protests on the Berkeley Campus, particularly concerning the Vietnam War. Activists were constantly looking for a local issue to confront the establishment.

On April 18, 1969, the Berkeley Barb, a local alternative newspaper, announced "a park will be built this Sunday." Two days later People's Park was begun. People came and began landscaping the area, planting bushes and small trees in various locations. They worked with hand tools and borrowed back hoes. Tents and tarps were also erected and people began living day and night on the property.

The University immediately announced that "further work on Peoples's Park is futile" and that it will immediately move forward with input from the community to develop the land. Leaflets appeared in the South Campus pledging "war, if the University begins to move against the park." The University responded by announcing that it would build a fence around the area.

In the pre-dawn hours of May 15, 1969, the University took back the park. One Hundred California Highway Patrol officers surrounded the Park and the University ordered those sleeping in the park to leave. All but three left. They were arrested and all property was removed. A cyclone fence was erected by early morning.

That day, a rally was held in Sproul Plaza on Campus. At 1240 p.m., Dan Siegel told the assembled crowd to "Go and take back the Park." Two thousand persons marched to the Park and attacked the police. Several hundred protesters assaulted the police with bricks, rocks and bottles from the ground and roof tops. The Deputies of the Alameda County Sheriff's Department first responded with tear gas and then with bird shot fired from shotguns, but still lost many of the battles. Order was not restored until several hours later when the number of police officers reached 729 from agencies all over the Bay Area. In that one afternoon, 111 police officers were injured, including one C.H.P. officer who was knifed in the chest.

One eye witness wrote her account from looking out of her window, "One officer was trapped between a building and two parked cars. He was being hit by bricks and other missiles thrown by a crowd of about 20 persons. The crowd stopped throwing missiles after the officer drew his gun. He then escaped into the building and the car was set on fire."

The student newspaper, The Daily Californian, had just one banner headline the following day. "Police Seize Park. Shoot 51". Local hospitals treated 51 persons for shotgun pellets. One casualty was James Rector, who was standing on the top of Gramma's Book Store on Telegraph, throwing metal rebarb down on the police. He died from his injuries four days later.

California Governor Ronald Reagan called in the National Guard to restore order. The Guard remained in Berkeley for 17 days, camping in People's Park. Demonstrations subsided as the University removed the fence and placed all development plans on hold.

Two years later, the University built a small asphalt basketball court in the southeast corner. It lasted only a few months, when protests to the invasion of Cambodia in May 1971 again focused attention to the Park. Demonstrators tore down the basketball hoops and ripped up the asphalt.

Over the next ten years, the University increasingly allowed a group called the People's Park Council to make plantings in the east end of the Park, while the University maintained the center as an open grass area. In 1978, the University agreed in writing to allow the Council to build a stage at the edge of the grass.

Through the years, the University has painfully tried to find a solution to this piece of property. They offered to sell the land to the City for $1. The City was about to agree, but the deal fell through, because of legal restraints. As a public institution, the University was told that it could not legally give away at piece of property, now worth several million of the tax payers' dollars, without getting fair market value.

In October 1989, City Mayor Loni Hancock and U.C. Berkeley Chancellor Michael Heyman signed a memoranda of accord. It included a provision for the University to lease the east third and west third of the Park to the City to be maintained as a park. The City Council and Regents approved the agreement with the stipulation that the area be jointly developed as a recreational park for all persons to use.

On July 31, 1991, the first stage of recreational development began: the sand volleyball courts. Violent demonstrations lasted for several days as County wide (and University Police systemwide) Mutual Aid was called every day for over a week.

The protestors were fervent because a government agency was altering "their park." One can debate endlessly what affect the Berkeley protests of the 60s had on free speech, civil rights, or the Vietnam War. But you can point to a piece of land and say that "The People" have prevented government agencies from building on that land for over 28 years.

In the last few years, a few improvements have been made, with very minor protests. Restrooms, a basketball court, improved pathways, and a children's playground were added.

A five-year University/City lease agreement ended in March 1996, and at that point, the University took sole jurisdictional responsibility over the land known as "People's Park." 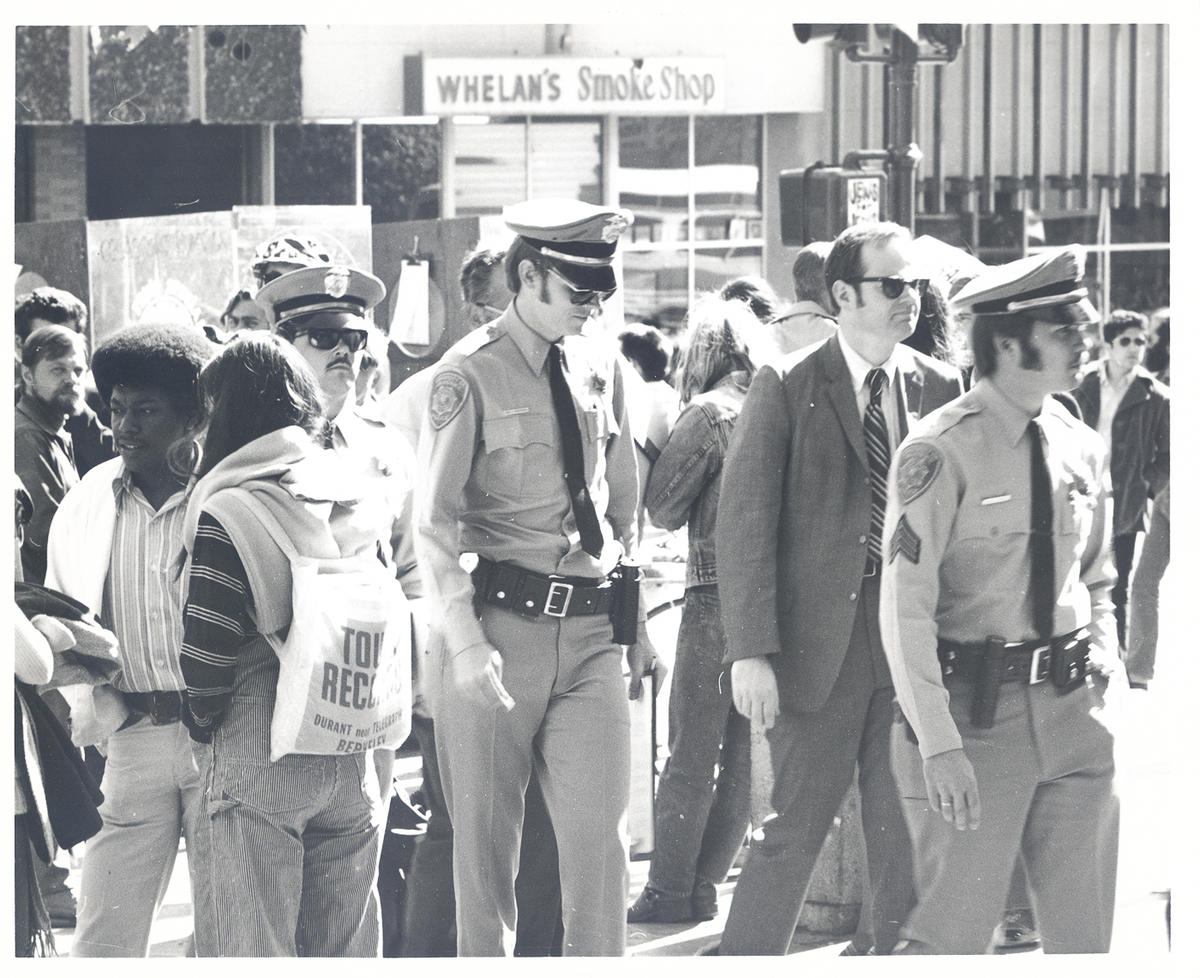